Around the World by Horse

A Real-Life Globetrotter with a Mission

Update: Manfred was one of the first adventures we followed in real-time. We’re happy to see he finished his journey. Here we combined a few of our favorite posts.

On April 7th, 1996, Manfred Schulze of Geisenheim, 56 years old, Germany embarked on a trip around the world — on horseback. And even after being held at gunpoint by Russian robbers, having to deal with drunken locals, being hassled by border officials everywhere and the unexpected pregnancy of his horse, Manfred is still going strong over three years later.

He travels with his two Hucul breed horses, a gelding named Puschkin and a mare named Panca. After only three months of preparation, they started in Germany and progressed through Poland, the Ukraine, South Russia, Kazakhstan, Siberia, Mongolia, China and South Korea. Trailing closely behind is his supply van that doubles as his sleeping quarters. Manfred depends on local volunteers to drive his van as he rides along, many of whom turned out to be drunkards. “It was very scary,” Manfred said. So what inspired a man in his fifties to leave his wife and children to engage in such a tremendous feat? “I want to promote a world without borders,” Manfred says. “This is my first mission. When we have a world without borders, we have a world without wars.” Borders have certainly been the source of many problems and delays during his trip. Officials at the Russian-Mongolian border said that the border was for “Russians and Mongolians only,” and he’d have to enter from the north. You mean go around? To Manfred, this was unthinkable. So instead, he hung out with a group of guards who were camping in the nearby mountain range, drank vodka with them every night and made friends with the generals. After ten days, they let Manfred and his horses pass. Mission accomplished. But it wasn’t that easy at the Chinese border. There, it took eight months to approve his passage, and for strict security reasons, Manfred was escorted and forced to haul his horses through the country in just three days.

What Manfred finds most difficult about riding around the world is the bureaucracy at the borders, and being granted permission to ride through certain countries. To him, the long-distances and severe leg cramps are nothing. After all, trotting the globe has been his dream since he was a young boy. It’s only when he gets to the borders, that he finds himself harassed by officials. “Everyone demands money from me. And I have to tell them, I don’t have any money.” And it’s not only the border officials who want money. He was held up twice in Russia by bands of street robbers. Again, Manfred used his negotiating skills. “I speak to these guys and I say, ‘I can understand you, you have big problems here in this country, and you’re a poor man, maybe. But you have to understand me. I want to finish my journey and I cannot give you my money until my journey is finished.’ And so they let me go. I have luck with these things every time.” Manfred’s financial woes are no joke. False claims that Puschkin carried a contagious disease, trips back to Germany to extend his visa, and unexpected quarantine costs have forced Manfred to put a second mortgage on his home. “My wife and I used to have a house,” Manfred laughs, “but now it belongs to the bank.”

Last spring, when Manfred was in California, he was hit with another surprise. Panca, impregnated in Mongolia by a Mongolian Stallion, gave birth to a foal now staying on a Nevada Ranch. The foal was named Timujin, a tribute to the friends Manfred made in Mongolia, “In Mongolia, it’s amazing to see that the people live just as they did during the days of Ghengis Khan. Timujin was the name of Ghengis Khan before he was Khan.” Healthy, in great spirits, and just as motivated today as he was on day one, Manfred attributes his unprecedented drive to Puschkin, Panca, and now Timujin.

“I love my horses and they love me. Whenever I’m away and I return to them, they are so excited to see me. We’re all best friends.” In return, Manfred takes very special care of them. In love with horses since he was a small child, Manfred feeds them only the best foods. And he only travels across the northern hemisphere, as continents below the equator “won’t do for my horses.” He also insists on flying his horses from continent to continent, rather than putting them on a ship. This is because horses need to move, and on a plane, horses are in a container for less than a day. It would be much longer on a ship. And why bring along two horses? Because horses are herd animals. Without a companion, the health and well-being of a horse is jeopardized.

Does this sound like fun? Well, to help defray the costs of traveling, Manfred is offering one-week excursions to join him on his United States tour. For a fee, you can join Manfred, Puschkin and Panca complete with “room and board,” (that would be the van of course), as they travel across the states. And if you’re a woman, “It’s okay,” Manfred says, “I will sleep outside.”

Reflecting on his trip, Manfred hopes to complete his United States tour in New York sometime next year. And in spite of the setbacks, (Manfred originally planned a three-year trip, but now it looks like it will take five) this is no doubt his greatest life experience. “The people in all of these countries are good people. Everyone has a warm heart. People everywhere help me all the time. The only problem is the borders.”

And what about his wife who’s waiting for him at home? “My wife understands me, and my children support me. My wife is working for me so that I can go on this trip,” he laughs. “Maybe when I get back we won’t have a house. I don’t mind sleeping in my van, but maybe that won’t do for my wife.” Smiling, he says, “When I began my journey I was not a poor man, but now, I’m a poor man.” Manfred may be poor in terms of money, but certainly, he is enriched in his life.

Where is Our Globetrotter Now?

Last December, we featured Manfred Shulze on his horseback adventure around the world. Five months later, Manfred is still going strong, spreading his message that “A world without borders is a world without wars.”

On Easter Sunday, April 7, 1996, in Geisenheim, Germany, Manfred Shulze rode eastward to begin his around-the-world expedition. Today, he’s somewhere near the New Mexico/Texas border on the last leg of this heroic tour.

“So far this journey is worth every single day,” Manfred says. “People around the globe have helped me to understand why it is so important to promote the idea of one world without borders. Regardless of race, profession, nationality, sex or age, I found that it is possible to build a deep understanding with people from every country. The key to this mutual understanding are my horses. They have opened hearts and minds all along the way. I deeply believe that horses can help us build a better world and reduce prejudices among humans.”

The First Human to Circumnavigate the Earth on Horseback

One of the last adventures of last century and one of the first historical events of the new millennium is coming to completion. Initiated by Manfred Schulze of Geisenheim Germany, a small town on the Rhine River, this journey took five years of planning and only three months of preparation. Now in its fifth year and after crossing Eastern Europe and Asia, including China, he is on his way through the United States of America to Western Europe.

Record-breaking and history-making, Manfred Schulze will become the first human to ever circle the globe by horse. Trips around the world have been made in various ways — by foot, bike, ship, car, plane and, most recently, by balloon. But never before has a person dared to tackle this task on horseback. Theoretically, it hasn’t been possible for a long time, because it needed the political changes in Eastern Europe and Asia (such as the end of the cold war).

Manfred’s historical trip has the purpose of creating a world without borders, reinforcing cultural exchange and communication and to achieve freedom around the Globe by going back in time with our friend the horse.

A completion date has been set for October 7, 2000 back in Geisenheim. To get a weekly update of Manfred’s trot-about, or to find out how you can help with the expedition, or join his globetrotting journey, visit his website at www.ridearoundtheworld.com.

If you want to help Manfred or join him on his globetrotting journey, call Alexander Kirsch at XXX-XXX-XXXX. Or contact us. [Update: the contact info has expired.] 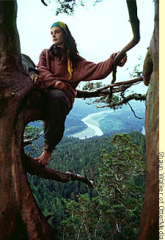 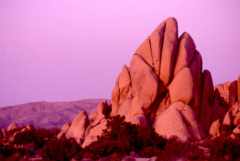 Imagine riding your bike 7,000 miles to Nepal, carrying a year’s supply of gear and food. Next, think about carrying 143 pounds, unassisted, up to Everest Base Camp. Now picture yourself climbing the world’s tallest mountain alone, completely self-contained, without the help of Sherpas and without bottled oxygen. Sound impossible? In May of 1996, a Swedish mountaineer named Göran Kropp accomplished just that. Then he packed his gear and biked back home.