An Emotion that turns into Dance

Whenever I tell my co-workers that I dance Argentine tango, a strange thing happens. They start pacing up and down the hallways with their arms outstretched, dramatically jerking their heads this way, then that way, while mimicking that characteristic tango that sounds like a pompous march — I hate that.

Instead, imagine a couple holding one another in an intimate embrace. His right hand is placed on the small of her back, her left arm wrapped lightly along his shoulder. Her eyes are closed as her temple rests lightly on his cheek. Their upper bodies barely move, yet their legs weave elaborate patterns of walks, kicks and spins along the dance floor. The man leads the woman in the dance, and the woman not only responds, she surrenders completely to him.

In recent years, Argentine tango has become so popular that on any night of the week, one could find a milonga to dance it. Still, many dancers insist on flying thousands of miles to experience Argentine tango in Argentina. My friend Howard is one of them.

We talked about his trip as we climbed the steps of the crimson-lit Monte Cristo Club in San Francisco. Upon entering we were quickly greeted with kisses from the hosts of the party as well as from friends. “What are the people in Buenos Aires like?” I asked.

Howard replied, “They’re very emotional and passionate. When someone is first introduced to you, they kiss you and make you feel as if they’ve known you for years.”

“But they’re more passionate in Argentina. “It’s like the difference between receiving passion from a fire hydrant and getting it from a garden hose. They make you feel so special.”

It was still early in the evening and already the dance hall was quickly filling with well-dressed tangueros and tangueras. The men in crisp suits and excessive cologne, the women in heels, fishnet stockings, and glittery dresses with slits that go up-to-there.

“Argentina boasts having the most beautiful women in the world,” Howard said. “Here, women look good, but in Argentina, they go all out.” It’s true, in the country where fashion makes the news headlines, Argentinean women change the color of their hair on a regular basis, and there’s no such thing as too thin. In fact, more money is spent on cosmetic surgery in Argentina than in almost any other country.

“And their relationship with men is also different.” Here in the United States, courting has become so politically correct. Men are very careful with what they say. But in Argentina, men will always be men, and it’s totally acceptable. And the women put so much effort into looking sexy, comments from the guys aren’t only invited, they’re expected.”

“But you did go to Argentina for tango, right? Not just to check out the beautiful women?”

“Of course,” Howard answered. He was lucky enough to score an hour-long private session with Gustavo Naviera, the world famous tango instructor featured in the film The Tango Lesson. And at $120 an hour, (that’s two dollars a minute,) Howard was taught how to properly lead a woman into her ochos and ganchos.

“But you can take lessons here,” I said.

“It’s different learning in Argentina,” Howard said. “If you go away for two weeks to learn tango, that’s two weeks away from your hectic schedule, two weeks away from work. It has a tremendous effect on your learning. It’s easier to absorb everything the teacher is trying to teach you, because it’s all you’re thinking about.”

“And when you’re dancing tango in San Francisco, you’re usually dancing with urban professionals who want to enrich their lives with something fun. In Buenos Aires, you dance with the Argentine portenos and portenas, people who have been deprived in life, and who dance tango as a vital means of expressing themselves. For them, tango is a part of living, not an extra-curricular activity.

“Sure, you could learn the tango in San Francisco or any world-class city, but it’s different in Buenos Aires. That is where tango was born. There’s a raw energy there. You still feel the remnants of a military government. You get a feel for the place and history that created tango. It may not make you a better dancer, necessarily, but it brings you closer to tango, emotionally.”

And as I later watched Howard dance that evening with Tango instructor Chelsea Eng, I saw someone who clearly had an emotional connection with tango. She responded flawlessly to Howard’s lead. As she brushed her leg against his, traced Howard’s steps with her own, and accented the music with her kicks, Chelsea gave herself up to him, and they danced as one body.

Then I noticed the time. I wanted to get a dance with Howard myself, and most milongas in San Francisco end abruptly at midnight. “But in Buenos Aires,” Howard told me, “The milongas don’t begin until eleven and last into the early morning. One of my best experiences in Argentina,” Howard recalls, “Was walking out of the milonga at five in the morning, strolling to a nearby cafe, and watching the sunrise with croissants, coffee and cigarettes. The children come out for school, the streets start to get busy, then I stumble back to my hotel at around nine and sleep until the afternoon. It’s a very addictive lifestyle.”

“Last Tango!” the host of the milonga called out at precisely 11:55. It was my turn. I was curious, as most dancers seem to make a quantum leap in tango skills after returning from Buenos Aires. But as a beginner, I was slightly intimidated.

“Relax,” Howard said as he led me around the dance floor. “Don’t worry about a thing. Just listen to my body,” he whispered. “Follow me,” he continued to breathe in my ear, “I’ll take care of everything, leave it all to me.”

But I’m no Chelsea Eng. And his incessant whispering made me nervous. Our dance together was mediocre, to put it nicely, and only brings light to the fact that I have a long way to go in order to master the connection, emotion and submission that marks the mere beginning of Argentine Tango.

Rock, David. Authoritarian Argentina: The Nationalist Movement, its History and its Impact. (University of California Press, 1993). 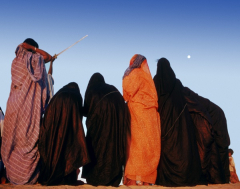 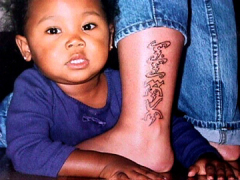 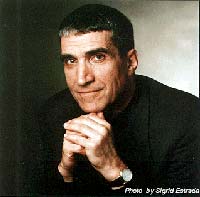 “What’s Your Favorite Poem?” Over the past three years, third-time American Poet Laureate Robert Pinsky traveled across the nation asking governors, teachers, children, retirees, the homeless and Hollywood stars alike, what is their favorite poem and why. He got an enormous response. Americans everywhere gathered for poetry events to read aloud their favorite poem. And