A Wedding Offers a Double Dose of Indian Culture

By Nishat Kurwa with Ateka Doctor

Mother India. I’ve been lucky enough to return five times after my first trip there as a baby and my feelings of love for the country have traveled on a steady path of ascension.

When I was seven, I was surrounded by non-Indian friends who made me feel as if one upcoming trip to India was nothing special. They jeered at the idea of cows roaming city streets, and shuddered at the thought of a beggar reaching through the window of a taxicab to ask a passenger for money. Unfortunately, I adopted their negative attitudes about my vacations without realizing they came from ignorance. As a child, I didn’t know how to vocalize the richness of the country’s history and beauty of its people. It wasn’t until I took my next trip at the age of 11, that I shed any trepidation about traveling to India. With this trip, I began to appreciate the cultural knowledge that was imparted to me in each enriching dose. Each journey laid down a gigantic piece of the deep-rooted jigsaw that is my American-born Indian personality. I think my parent’s stories of growing up in India, as well as my own Americans friends who, as they grew older, began to lament their “lack” of a culture, made me realize the importance of having and knowing a homeland. When a trip was scheduled during the year I turned fourteen, I was looking forward to revisiting India, a place where I didn’t speak the primary language but felt at home; where I looked around and saw my face in an astounding variety of religion, class and color. Again I returned at 17 for my cousin Mustafa’s wedding. At twenty-one years old, my vacation to India last November for my cousin Arif’s wedding was the pinnacle of my love for India. It taught me about the newer Indian culture of diversity that has arisen through inter-religious marriage. Most importantly, it made me see that I can embrace my tradition, even while at home in the States.

Both Arif and Mustafa married non-Muslim women, flinging our family into uncharted territory. Both weddings were a mixture of ceremonies from our Bohra Muslim tradition and their wives’ different sects of Hinduism. My cousins’ weddings were symbols of change… and models for translation of non-traditional circumstances into a beautifully adaptive union of cultures. At the same time, they were the best exposure I’ve gotten to a variety of ceremonies from my family’s own community.

The actual religious ceremonies that would traditionally marry people from these respective communities were omitted, and instead replaced by two gala receptions, one at which a civil ceremony was held. Before the wedding, many nights were taken up by vannas, welcomings given by the family to the bridal couple. The couple is greeted with a floral bouquet and a token gift of cash.

The groom’s parents still held other functions complete with ceremonies particular to our community, like the mosallah, preceding the wedding. This event is a gift from the mother’s side of the groom that symbolically lifts some of the financial burdens from the father of the groom. The ceremony during the mosallah is the giving away of the groom/bride. They wear their oldest clothes, which are later given away to the poor. During the blessing, they are presented with a set of new clothes, which represent their new life after marriage. Another ceremony during the mosallah is when all of the bride/bridegroom’s aunt’s sit together to grind spices.

One ceremony held by both Muslims and Hindus during weddings is the Mendhi, the ceremony during which henna is applied to the bride and the female relations. It inaugurates the forthcoming wedding functions and ceremonies. Some elements that are traditionally present are a red onni (scarf) and a vadowing (a ceremony of good omens). The henna paste is used to create intricate designs on the hands and feet, and left on as long as possible to allow the deepest colors of the natural dye to be retained when the paste is washed off.

All the extravagance made me hope for my own wedding to be full of grand tradition. The changes made to include the bride and groom’s diverse faiths helped me realize unlimited possibilities, even possibilities that go beyond inter-religious marriages. It was in this awakening to new possibilities for change in the landscape of Indian tradition that helps me to interpret the duality of being an American-born who still wants to be down with my culture. The reality of being there, immersed in the details of it all, is what strengthens my passion to know more. The grandness of six days of ceremonies and festivities from both families is something I never could have experienced in America. The wedding was a spectacular event, richly infused with traditional and non-traditional elements that may have diverged religiously, yet gracefully fell under the umbrella of Indian tradition.

Nothing can exemplify for me what it is like to be from India better than being in the place that gave birth to my deepest knowledge, the cultural knowledge of being an Indian, a woman of color, and a Muslim. It’s the country that I wear the face of and the history to which I trace my roots. And the only way to fill in the gaps of my cultural knowledge is to keep going back. Hopefully, future journeys will give me insight into experiences outside of my own religion and state of origin, and offer a wider panoramic of the entire country. 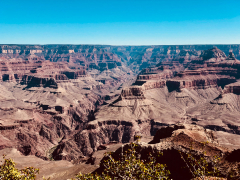 How my teacher helped me live my life

By Cindy Trillo Location: The Grand Canyon I grew up in Tucson, Arizona, the second-largest population center in the state. It can be tempting to think your home is boring or pedestrian, and for a long time, I did – I grew up in a suburb, went to school in a typical district with a 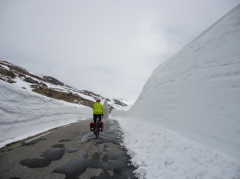 For Those Who Want More From Life

Mark Jason explains his motivation for riding a bicycle around the world and gives some advice for living life to the fullest. 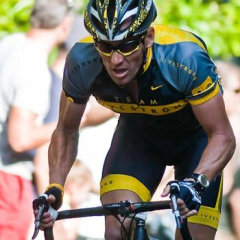 This recent guest post arrived just days ahead of a news story about Lance Armstrong full of controversy, upset and — maybe — inspiration.