My quest for happiness

An introduction to my adventure in depression

As I am about to turn 50, I am going to write a series on depression. It’s a mental illness that I and members of my family have been fighting for generations. It’s not a topic I’m comfortable discussing but, over the years, many people have asked me to write about this subject. If you read my best-selling, travel memoir Falling Uphill, then you know a little bit about my journey already. Back when I decided to ride a bicycle around the world, I knew I wasn’t happy. I thought my life lacked meaning. So, I decided that if there was some ultimate meaning to life, that if I had a purpose for existing, I would be able to find it somewhere in the real world. I wanted tangible evidence. Little did I know that my journey would be an inner journey and that a big part was learning how to overcome depression.

Depression is a complicated issue, which I will try to break into digestible pieces. So this series will be a straightforward discussion of happiness/depression with some very practical steps of action. Each article will have what I call a mental health tool. However, you may prefer to read my memoir, which is written in first-person, present-tense so that you can relive the adventures and discover for yourself the meaning of life and how to be happy, rather than me hitting you over the head with them.

You have probably heard most people refer to depression as a battle; however, I prefer to reframe that as my quest for happiness or my adventure in depression. You may be wondering if referring to depression as an adventure is a fair statement or if I’m blowing sunshine up my butt? (Being a Pollyanna is a type of cognitive distortion, as we will discuss below.) Furthermore, what license or expertise do I have with depression? Well… I could argue, I have the best expertise: I’ve had to live with this feeling, name it and deal with it. (It is not unlike the fairy tale of Rumpelstiltskin.)

In a way, depression was like my muse. It called me to ride my bicycle around the world, and it has taught me a lot of valuable lessons. Yes! There are hidden benefits to being depressed. Here’s a short version of my story and my first lesson learned. I think everyone will find it beneficial because we all want to live happy and meaningful lives, no?

When I was about 27, I went to the doctor with “complaints” of not feeling energetic. He put me through a battery of tests, including having to get up early and drink a sugary drink to see if diabetes was sapping my energy. All my tests came back negative. His conclusion was twofold: first, he told me, “You’re no spring chicken anymore.” And if that wasn’t hard enough to digest, he also asked, “Have you ever considered therapy.”

Well, no, I hadn’t. I actually found this comment to be insulting. At that point, being depressed seemed the equivalent of saying I was weak-minded.

I went to another medical doctor, as opposed to a therapist, and they immediately suggested medication to see if that helped. I had two objections: first, it seemed like a guessing game. Second, he seemed like an ordinary, happy person; it was a bit like going to a restaurant and having the waiter suggest a dish that they had never actually tried. “This linguine alfredo will change your life.” And if it doesn’t? “You can try the Fettuccine. I hear it gets great reviews.”

At one point, I joined the self-help craze and bought a lot of books. I was rather proud of myself; no one need know I had a problem. I would cure myself before anyone was the wiser. (As if it weren’t already obvious.) In particular, I bought books by the psychiatrist Aaron T Beck, who had the impressive credential of being the father of cognitive behavioral therapy (CBT). And some more books by his student, David D Burns, M.D. I really dug deep into the workbook “Ten Days to Self-Esteem.” It promised to “defeat depression.” The basic premise was that I could change my mood by eliminating negative thinking. It’s actually a great theory and, ironically, has become a big part of my life. I recommend you read more about it. However, I will say that there are more aspects to depression than just thinking differently or behaving differently.

I memorized all ten cognitive distortions. (It looks like they have invented some more since then.) And I was guilty of almost all of them. For example, I always trying to read people’s minds and act according to what I imagined was the behavior that would be most well-received. Another biggie was personalizing everything. If anything happened, it was my fault or, at least, I should have seen it coming. One exercise in the book recommended counting my negative thoughts. So, I bought a lap counter at the sports store, and every time I had a negative thought, I’d hit the clicker. “Why does this always happen to me?” Click. “I should have known better.” Click. “I’m terrible at this.” Click. “I shouldn’t beat myself up.” Click. “I suck at this.” Click. “OMG, look at all my negative thoughts piling up. I’ve definitely got a problem.” Click. Click. Click…

For the next week, my negative thoughts increased every day. It seemed that the harder I tried to cure myself, the closer I looked, the bigger the problem got. I tried this for a long time. In the end, I concluded that my problem boiled down to merely feeling sad and unmotivated, and the solution was just to give myself a good kick in the butt. No more feeling sorry for myself. Case closed.

Years passed, they weren’t horrible, but neither was I jumping out of bed every morning. Life seemed like a chore. My motivational pep talks had stopped working. And, I had forgotten entirely about my visits to the doctor and the possibility that I suffered from chronic (long-term) depression. It was so chronic, it just became a normalized part of my life. Fortunately, except for occasionally locking myself in the bedroom and trying to forget about the world, I was still a functional person, though probably not a fun person to be around.

My sadness grew until it became an existential problem — life seemed meaningless. I formed a theory that if I could find the meaning of life, then I could be happy. Everything would make sense, and I would have a purpose to getting out of bed every day. As a result, I left on an epic adventure around the world on a bicycle. I vowed to find happiness or die trying. I know that’s a cliché, but I truly felt that I needed to find something to make life worth living and that I was willing to accept the risk and consequences, not least of which was being run over. (I did get bumped off the road a few times. And had quite a few other close calls.)

It’s not that I’m afraid to spoil the ending to my adventure on a bicycle, but I think telling people the final conclusion falls flat, kind of like saying, “The answer is to find happiness on the inside.” Anyway, you can guess that I discovered many things, including how to be happy. Well… most of the time. As much as anyone, I suppose. It’s still a challenge but a good challenge.

Depression is a complex issue that can affect every aspect of one’s life. Rather than try to discuss them all, I’m going to break down my personal adventure into a series of articles. I will discuss many different aspects of depression and many different solutions that actually work for me. This technique is called chunking. It helps facilitate learning and, in this case, overcoming a problem. It is literally one step at a time. Slowing peeling away the onion. And slowly improving over time. Even a one percent change every day adds up very fast.

Here’s my first tip. The first chunk of information that you can test in your own life and see if it works. Five words that helped me overcome depression:

Being sad is not bad!

That’s a fun rhyme to make your mantra. Try saying it out loud. “Being sad is not bad!” It feels good, doesn’t it? It tickles the emotions. And, it also satisfies the mind. First off, it’s natural to feel sad occasionally; blaming yourself will only make it worse. Second, there are hidden benefits to everything. As the author of another one of my favorite books, The Road Less Traveled, says:

The truth is that our finest moments are most likely to occur when we are feeling deeply uncomfortable, unhappy, or unfulfilled. For it is only in such moments, propelled by our discomfort, that we are likely to step out of our ruts and start searching for different ways or truer answers.

In a way, I’m lucky to be depressed. That sounds absurd, but one of the hidden benefits of depression is that it made me face my life head-on. As I mentioned, I think everyone will find it beneficial to explore what it means to be happy and live a meaningful life. However, it seems a lot of happy people take their life for granted and don’t think much more about it. But when faced with depression, you have no choice. Well, at least, I felt I had no choice. I feel strongly that I am obligated to live the best life I can. That’s not easy. There are many days, I wish to just watch TV and eat popcorn. But, luckily, my inner angst always gets back up off the couch, and my depression always makes me question if I’m interpreting reality correctly.

As I mentioned, depression was a key factor to my epic bicycle ride around the world. Another trick of the mind is to reverse the problem: Would it be worth NOT being challenged by depression if it meant I never bicycled the world? Hmm. 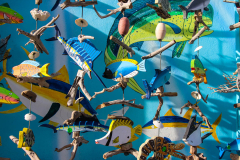 How to achieve success with only 1/3 of the solution

I call this concept “The rule of thirds.” We can use this rule to help us find alternate solutions or judge whether we are achieving success with the one solution we are using. 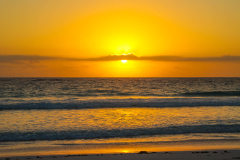 You can’t be depressed when you’re impressed

We talk about whether depression is in the mind or the body. And, another tool to help you feel better before you even know you need to feel better. 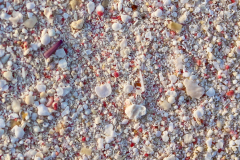 Is depression a matter of mind over matter?

But is thinking the only way out of depression? Is depression simply mind over matter? If you are a fan of social media, you might think so.