Women Across the Millennia

For Ellen Boneparth, it happened at Delphi. She and a group of over twenty women were at the end of a two-and-a-half week journey across the ages, forming a circle together deep inside a cave that ancient Greeks had once used for goddess worship, praying to “Mother Earth.”

“In our closing ritual, she says, “we worked very hard to envision a better — perhaps even ideal — future for humankind,” an empowered feminist vision born out of the context of experiencing five thousand years of women’s history together. Rituals often include an activity called “women in community,” where the women talk about issues of deep concern to them. “It could be their relationship, or their politics, or their job, or their mother, or war, ” according to Boneparth. This time, they “spoke about what their commitment was to effecting change in their own lives, and in their communities, and on a larger scale, for the future.” And for Boneparth, “that was one of the most moving moments of the trip.”

As she notes, on adventures such as these, “you get to know people in a short time in a way that often takes many, many years of casual friendship. And for me, that’s been extremely amazing. I’ve met a cross-section of women I’d never meet in my daily life, and women doing so many different things.”

Boneparth is the founder and director of the International Women’s Studies Institute in Palo Alto, CA, and has guided over twenty women’s tours since 1981 to places such as Russia, Israel, and Kenya. All her tours reflect the Institute’s purpose of offering educational, inspirational, and cross-cultural women’s studies programs.

Greece is the most frequently visited destination because of its wonderful history of pre-patriarchal, peace-loving societies in which women and men were equals in ways we can still only imagine. This particular journey began in Crete, where the women visited the “Dark Cave” — or “skoteino” – famous as a site of ancient goddess worship. It is a scary journey down into the four levels of this cave. In fact, Ellen only made it to the second level. “By the end, you’re shimmying down on your back in total darkness,” she says. The reward for those who made it all the way was a vision of the earth mother (actually a natural stone outcropping), the focal point of many millennia of woman-centered worship. “They were transported back. thousands of years by the feeling of being in this sacred space that very few people touch, and has been in use – in celebration of the goddess — for five or six thousand years.” The women “did a chant, they meditated, they talked about their feelings.”

Boneparth says that experiences such as this can truly “change your consciousness.” She thinks there are two ways to do that. “One is to go very deep inside, and another is to change your environment very dramatically. And if you can do both of those, you can have a very deep experience.” Maybe even four levels deep…

As one can see, Boneparth often takes her tours deep inside caves. These caves “are very critical to goddess worship,” she says. “They’re natural and wonderful places to worship” with “echoes” and “natural power,” but it’s also an “image of the womb – and if you’re worshipping the mother goddess, what could be better?”

Maybe this: Turkey in 2001, her next adventure. There’s only nine thousand years of women’s history there. And a few caves, too.

For more info:
Sorry, the contact info has expired. 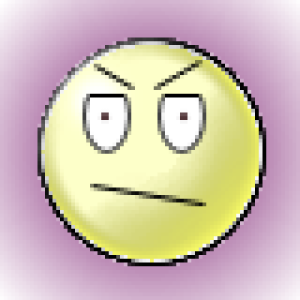 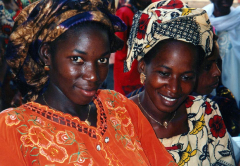 Where the Road Ends and the Walking Begins

This is the story of one woman, and how her real education began the moment she set out to travel the world.