I am a 14-year-old kid with an interest in writing articles about present lifestyles. I also have a vast imagination. You could say I have created a virtual world. Follow my adventure to clean the land, water and air pollution of my beloved country, India.

Pollution in my home

Welcome, everyone! This is the first article I’ve written. If you are interested in the topic of environmental degradation, and what you can do about it, then you should read this cherished article. But if you’re not, you have clicked on it for what we Indians call “timepass,” and you need not be here. But, certainly, this article is not meant for only Indians, as there is environmental degradation all over the planet.

This article sheds light on the senseless environmental degradation of India, mainly the metropolitan city called Mumbai, formerly known as Bombay. Even at my young age of fourteen years, it has become clear to me that the cause of this pollution is the poor mentality of the world’s citizens.

Every saint and demon knows how the environment is being degraded in India and in what way they have been a part of it. And even though people know what is causing it, most do nothing to help solve the problem.

For thousands of years, the people of India believed the river Ganga to be sacred and worshipped her. The water of the Ganga was considered so pure that our ancestors stored it in sealed containers and, many years later, when a member of the family was on his death bed, the sealed vessel would be opened and a few drops of the preserved Ganga-jal (which means water) was poured into his mouth. Today, drinking water from this same river could easily hasten one’s end, for the Ganga is no longer pure. This is because, along its course from the Himalayas to the Bay of Bengal, numerous factories have sprung up over the past few decades that throw their poisonous waste products into the once sacred river.

Even oceans have not been spared. More than 1,000,000 tons of oil, spilled by oil tankers carrying it across the oceans, have polluted the oceans encircling India. And since oil does not evaporate it accumulates year after year.

More dangerous is the poisoning of the atmosphere. In Mumbai, gaseous chemicals are emitted from the city’s high concentration of factories. And foreign companies are settling on Indian soil only to kill thousands of poor people with its pollutants. And yet, these companies enjoy success from the people whose environment they are destroying, as Indians readily buy the goods produced from these factories. Smog-producing vehicles worsen the already dismal situation. As a result, nearly 60% of the population in India has asthma. According to me, taxis are the largest air polluters. They don’t care for their environment. In India, there is the facility of ‘pollution control check.’ Still, there is no improvement.

Then there’s the matter of land waste. Every day in India, at least half a bucket of garbage leftovers or cut vegetables, empty plastic bags, paper, and worn-out clothes are thrown out from an average Indian household. In India, there are at least 100,000,000 families. That means 50,000,000 buckets of solid waste every day. In a year, nearly 20,000,000,000 buckets of waste find their way to garbage yards. And if these yards are not accessible, people throw their waste wherever they want to. If we just take a little care not to litter our junk, the area would be cleaner. And this situation is not only in India. The U.S.A. is said to be the largest waste-producing nation. In the U.S.A. everything is in big proportions. For example the super-huge size of french fries. Ultimately the consumer cannot eat it and that product is being thrown in the bins, a waste of precious food.

It is clear that pollution has invaded all the land, water and air of my country. And yet a new pollution has arisen called noise pollution. Noise pollution has reached such heights in Mumbai, that many people have hearing problems because of it. Indians could help alleviate this problem with simple measures. For example, on busy roads, when traffic signals are red, motorists start honking their horns for no reason at all. If we could just be patient and wait for the green light, noise pollution would decrease significantly.

Sadly, these problems are caused by the mentality of the people. Most people just don’t see the harmful effects of pollution. Although people all over the world have made millennium resolutions to become millionaires or to work for the advancement of technology, they forget about the environment. But what good are resolutions if we don’t care for our health? Perhaps they should subscribe to the notion that “health is wealth.” That is my resolution, and I will stand by it in hopes to inspire others to work for a better place to live in.

Indeed, India is a beautiful place filled with mountains, plateaus, plains, rich soil, grains, crops, beautiful flowers, wildlife and, most importantly, people gifted with intelligence. So all we have to do is, as the saying goes, ‘live and let live.’

My hope is that individually and collectively, each of us uses the resources of our intelligence to preserve my beautiful country. Thanks to all of you who have read this article and I am sure you will co-operate.”

Pollution in my home

Welcome to my second article on pollution. The last article was a brief description about the pollution of India. This article will further examine how pollution is affecting India, and who the major polluters are.

A few weeks back my family and I went to our bungalow in Khandala in the state of Maharashtra. It is exactly 100 km from the metropolis of Bombay, and we go there every two or three months to get away from the fast city life. I’ve always cherished my visits to Khandala. Traveling by car, we pass many beautiful sights and sceneries. The Thane Creek Bridge is spectacular. When our car zooms over the bridge, I see the blue sea and the heavenly clouds passing by.

After crossing the Thane Bridge, we pass the industrial mini-city of New Bombay. The town is filled with skyscrapers. But now numerous industries are polluting the atmosphere by letting out harmful gases. Then after traveling a few kilometers, we stop for “batata wadas,” an Indian snack made of potatoes. There are many charming restaurants selling them at a place called Panvel. Then we cross the Panvel-Khopoli highway. After Khopoli we arrive at the Western Ghats, the mountain on which my family’s bungalow rests. The journey from the Ghats to Khandala is simply wonderful. I enjoy the waterfalls flowing down the mountains, the blue skies, the misty air and the dark tunnels.

But the scene has changed quite a bit over the past few months. A disaster has occurred in Khandala. Flyovers are being built from the Ghats to Khandala, as if there weren’t enough in the city. Before this, it took only 20 minutes to climb the Ghats. But now it takes nearly an hour and a half to climb them because of the blasting of rocks for construction. The blue skies have turned into smoggy ones. The waterfalls are no longer visible. And the misty air is now dusty. Even my bungalow is covered with dust.

And not only that. All of the machinery is causing so much noise pollution. The sound they make is deafening. We come to Khandala to recoup but if this is what it’s like to recoup, I’d rather be in Bombay. A beautiful and small town has turned into an ugly and monstrous one. Although everyone says it will take less time to cross the Ghats if flyovers are built, I think it will make it worse. All of the charm of traveling to the Ghats will be lost. As the saying goes “Old is Gold,” and I will abide by it. If they wanted to make things easier for cars climbing the Ghats they could have made roads less steep and of finer quality.

Well, I think I need to end my article here. Nothing too inspiring about it. This was about making everyone aware of incidents in India. But my next three articles will be completely focused on inspiring people into action. So be on the lookout for “THE TRILOGY ON POLLUTION.” Thanks for reading my article and I expect support from you folks!

Please email me, if you want more info about me or my article.
Suggestions on any topic are welcome. Thanks.
Hasnain (@) prontomail.com 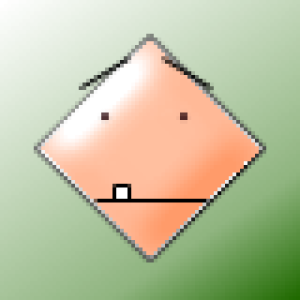