For the Love of Travel

Janine Baines recently moved from South Africa to the Bay Area, and she packed her passion for traveling with her. Traveling around the world for ten years after college left her with an enormous craving for more adventure. Janine explains:

Janine’s favorite aspect of traveling is the freedom that accompanies a trip.

Among her many adventures, Janine circled the globe, which gave her an opportunity to visit New Zealand, Australia, Thailand, Malaysia, India and Nepal.

Because traveling is a priority in her life, Janine has always worked as a temp in clerical or data entry positions, which gives her the flexibility to travel. After earning enough money Janine would pack her bags and head off on another adventure. Janine said traveling gives her something to look forward to. “You’re always working toward something — so that makes it exciting.”

Janine disagrees with the myth that traveling can be an expensive hobby. “If you really want to do something, you can,” she stresses. “We lived on almost nothing,” she said. “About twenty dollars a day.

Janine says it is easier to conserve money while traveling than many may think. “We learn how locals live. If you do it the local way, it can be affordable.” Janine said she would eat wherever she saw a long line of locals standing. That way she knew prices would be reasonable and food would be safe to eat. Janine says avoiding food poisoning was a quest in itself.

Janine admits western areas such as Australia, are more expensive to visit than others. India on the other hand, gave her an opportunity to save money.

“It’s a very rough lifestyle,” she says about India, but admits, she likes places that are primitive. “Everything is on the streets,” she explains. Janine said that while walking around India, she saw street vendors selling dentures, locals having their ears cleaned, and families washing their clothes in the river.

With such different lifestyles in each area, Janine says, countries balance each other out when it comes to spending money. She made the most out of her trip by conserving money in one place and indulging at another.

India’s modest lifestyle, which Janine refers to as “basic,” allowed her to enjoy sights at a minimal cost.

Traveling down under, on the other hand, was an expensive venture. Taking tours, scuba diving, horseback riding, and visiting natural pools kept Janine busy in Australia. And with so much activity, her wallet became lighter. But, Janine agreed that whether it’s kangaroos or the Taj Mahal, both countries have a lot to offer.

“We have so much to explore.” 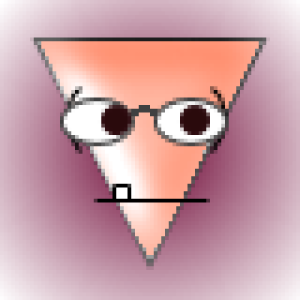 Throwing Stones to Save the World

Several years ago, Mikkel Aaland on a quest for peace, placed Shinto stones in South Africa, the Philippines, and Germany. Shortly thereafter, South African apartheid came to an end, President Marcos left the Philippines and the Berlin Wall came crumbling down.