What is an Argonaut?

The etymology of argonaut

The word “argonaut” (Ancient Greek: Ἀργοναῦται) comes from an ancient tale sung of the strongest and bravest band of heroes ever assembled in Greek Mythology — Jason and the Argonauts (literally meaning sailors of the Argo). This myth chronicles Jason’s quest for the Golden Fleece and the restoration of his family’s throne. Read the story. It is perhaps the second oldest adventure story in the Western World after the Epic of Gilgamesh.

The timeless appeal of Jason and the Argonauts, an archetypal myth influencing Odysseus’ odyssey and King Arthur’s quest for the Holy Grail, may lead one to wonder if this myth owes its success to popular entertainment, or if Jason’s quest speaks to us on a more fundamental level, as if a reflection of our own journeys through life and battles with inner dragons. Perhaps the Golden Fleece is both a metaphor for the reward to our journey—awakening to the golden truths of the universe. The Golden Fleece may also represent a more literal boon to the community when the adventurer returns home with the prize making everyone’s life better.

Historians speculate that the origin of the myth of Jason and the Argonauts was based on a true story of a young crew of teenagers out to discover the new world, much like has been proven of the ancient Vikings. The crew of the Argo returned with tall tales of their adventures, which continued to be embellished each time it was told.

The definition of argonaut

As you will see below, there are many ways this word is now used, along with derivatives of “naut”.

There are 3 basic definitions according to Merriam-Webster dictionary. We like to use definition 1b.

The etymology of naut

Throughout the millennia, the quest for the Golden Fleece has become embedded in the cultures of the western world; for example, the miners during California’s 1849 gold rush were nicknamed argonauts. Thus the etymology of “argonaut” has become synonymous with “adventurer on a quest” and is reflected in words like: astronaut, cosmonaut, aeronaut, aquanaut and oneironaut (dream adventurer). In fact, it is very popular to use naut (from the Greek ναυτίλος “nautilus” meaning “sailor”) as a suffix to just about any word, implying being a voyager of that given subject, e.g. bikenaut.

Read the classic heroic myth, Jason and the Argonauts, re-imagined by Scott Stoll, or the illustrated kid’s version.

Since we are all adventures on the journey of life, you might like to ask yourself: What kind of naut am I? (Pun intended.)

How this myth is part of your everyday life

This ancient myth has been a part of lives for so long that perhaps you are not even aware of how it pervades your life. Below are examples of how the Argonauts have become embedded in our culture from classical literature to pop cultures, like video games and football.

Classical literature and the tale of Jason and the Argonauts

Read the Argonautica by Apollonius Rhodius, a third century B.C. Greek poet who composed the oldest surviving record of the myth, which was formerly passed down through the generations by oral verse.

Read another one of the earliest written recordings of Jason and the Argonauts. The Argonautica by Valerius Flaccus, a Roman poet in the first century.

And arguably, Jason’s wife, Medea is the true hero of the story. The story of Jason and the Argonauts is told from Medea’s point of view in Book VII of The Metamorphoses, by the poet Ovid.

Jason and the Argonauts in popular culture

There are hundreds of great adaptations of the story of Jason and the Argonauts. Here are a few of the most famous categorized by genre.

Jason and the Argonauts, the classic 1963 movie

One of my earliest childhood memories is the awe I felt watching this movie and others like Sinbad and Indiana Jones. There have been at least 5 movies so far, each one an eyeball-popping extravaganza, but not all of them inspire the metaphor of an inner adventurer. Here is a clip of the Argo being saved by an unlikely hero as it tries to sail through the Symplegades, the clashing rocks. This is a must-see classic movie with groundbreaking special effects.

Jason and the Argonauts in classical music

Medea’s Dance of Vengeance, composed by Samuel Barber and premiered in 1956. In one anticlimactic ending to the myth, Jason’s wife, the enchantress Medea, seeks her revenge when Jason leaves her by murdering his children.

The Argonauts on the radio

In 2001, a radio drama adaptation of Apollonius’ Argonautica was presented on the Radio Tales series for National Public Radio.

Jason and the Argonauts in video games

Jason and the Argonauts play football

If you are a football fan you already know about the Canadian Toronto Argonauts. Above is their team mascot Jason; and on the right, you see Jason’s boat, the Argo, which was blessed by the goddess Athena to be indestructible, made into a football logo.

An argonaut is also a type of cephalopod like an octopus, squid, cuttlefish or nautilus, sometimes called a paper nautilus. Below is an illustration of “The argonaut retired within its shell” and next to that is a beautiful photo showing how the argonaut is like an undersea chameleon. It was originally believed the argonauts and nautilus could use their arms as sails and that their shell was like a boat. Can you imagine them sailing across oceans? See how these creatures got their names above.

Jason and the Argonauts in popular culture

About 12 years after we published this page, Wikipedia also started a collection of references to Jason and the Argonauts in popular culture. It’s interesting to see how this myth keeps growing and becoming embedded in our culture. We’ve already given you the highlights, but if you want even more information, check out Wikipedia’s Jason in popular culture page. 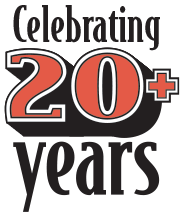