What is an adventure?

Words like adventure, hero and epic have become cliches that have lost their meaning. So unfortunately we can’t say: “I’m going on a heroic, epic adventure,” and effectively communicate. So, in an effort to save some concepts (words), what exactly is an adventure?

Most dictionaries, like Merriam-Webster, agree that an adventure is “an undertaking usually involving danger and unknown risks” which leads to “an exciting or remarkable experience.” However, lacking in most definitions is the motivation of the character, instead the outcome of the adventure is said to be “uncertain;” nonetheless, there is always an implied goal, which is either the tangible prize, like the Golden Fleece, or sometimes the intangible, but more valuable, prize, like power, immortality, secret knowledge or simply the experience of emotional highs and lows. 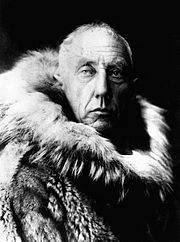 We can learn a lot about what an adventure is by the classic epic poem of Jason and the Argonauts. The story of the Argonauts helped define the word epic, which means a traditional genre of poetry known as epic poetry; and, in modern terms, it can be any story genre that has a theme of grandeur and heroism that is bigger than life.

The structure of the myth of Jason and the Argonauts reflects the same structure and plot of many myths and our modern movie stories. Very simply:

Read the classic heroic myth, Jason and the Argonauts, re-imagined by Scott Stoll, or the illustrated kid’s version.

Though most myths may seem like a boring, wild goose chase, consider the myth as an allegory for the challenges we all face as a human to create a meaningful life. It is then easy to see how the characters in the story represent different aspects of ourselves, and the challenges are like the battle to conquer our inner demons, and the goal, like the Golden Fleece, Fountain of Youth or Holy Grail, is the self-improvement we all seek. This was the common purpose of a myth — to instruct people how the world works and act like a self-help book. Therefore the common plot of most myths and movies is more than just a literary device, but a reflection of what it means to be human.

An adventure as the Hero’s Journey

Probably the most influential book that I ever read is “The hero of a Thousand Faces” by Joseph Campbell. I read that book about 25 years ago and have thought about it ever since. Campbell was a professor of comparative religion and spent his life studying the similarities between ancient myths all over the world. Considering that some of these cultures existed on different continents, separated by thousands of years, it is amazing how similar they are. Campbell boiled them all down into what he calls the monomyth or the Hero’s Journey.

Rather than plot the Hero’s Journey as a circle, like above, below I plotted the Hero’s Journey as a line using Freytag’s Pyramid, which depicts the emotional highs and lows during the common 3-act play. Ordinarily, it is drawn as a triangle or pyramid, but I added the stair steps. This plot structure was adopted by Hollywood, particularly due to the popular book “Screenplay” by Syd Field, and a poor movie has developed the reputation of being “Hollywoodized” or formulaic. But rather than being a bad thing, I think the reason this structure works, and has worked since Aristotle defined it in “Poetics” over 2000 years ago, is that it actually mimics the life that we all live.

Look at the chart above and imagine the following scenario: being born, learning all about life, thinking you have it all figured out, then being kicked out of the nest and told that you must earn your place in the world, struggling to make that happen, failing repeatedly until, at your darkest moment, you discover that you were doing it all wrong because you were missing a key piece of the puzzle that nobody could actually teach you but that you could only teach yourself through experience, finally you win the prize, which is probably not what you expected but even better, and finally, not so much returning home, but building your own new, and living happily ever after encouraging your children and grandchildren to set out on their own life journey.

That’s probably as close as we can come to an ideal life. Something actually fraught with trials and tribulations plus secret mysteries and rewards.

As another thought experiment, try imagining a life where everything was perfect, you were born happy, stayed happy and died happy. I’m not sure if that is possible, but what would that graph look like?

Kurt Vonnegut called the following plot structure “The Man in the Hole.” You could call it a tragedy. I think of this as the unheroic journey. It is Freytag’s Pyramid (Hollywood screenplay structure) turned upside down. The main character, rather than rise to the challenge falls into the hole and must struggle to get out. Rather than setting their own goals, they are falling victim to circumstance.

Of course, the main character in your life is you! And, I think a great irony of life is that from the point of view of the hero — you with your boots on the ground — you can’t tell whether you are the Man in the Hole or the Man on the Mountain Top. No doubt both paths are full of many pitfalls. So, even if you have fallen into the hole, there is always hope that one can take control of their life and climb out of the hole. Contrarily, even if you are struggling to lead a virtuous life, there is always the downfall of pride. From my own experience, climbing the mountain is full of much greater risks and rewards. The risk is that if you fail, you might blame yourself and never try again. That, I think, must be a worse fate than imagining the world conspired against you.

What is the difference between an adventure and expedition?

Speaking of mountains and valleys. An adventure is usually regarded as an accident, whereas an expedition is an organized journey undertaken by a group of explorers with a defined objective. So, we could say that the story of Jason and the Argonauts is an expedition full of many adventures. Roald Amundsen is famous for saying: “Adventure is just bad planning.” Amundsen led the first Antarctic expedition to reach the South Pole in 1911, the first expedition to flyover the North Pole, and the first expedition to traverse the Northwest Passage. Ironically, he got more adventure then he bargained for when he disappeared in June 1928 while taking part in a rescue mission.

How to make every day an adventure

Some modern-day critics say there is nothing left to explore; in other words, since Hillary and Tenzing led the first successful expedition to the summit of Mount Everest, it has been checked off the list of things to discover. I strongly disagree. Anything you do can be regarded as an exploration and an adventure, because it will be the first time you experienced it, and you will see it with your own eyes, filtered by your own experiences thus creating a new and unique perspective of life, something you might like to share to help improve the foundation of humanity.

No matter what you call it — adventure, expedition, the hero’s journey, wanderlust, walkabout, vision quest, coming-of-age ritual, a once-in-a-lifetime adventure, spiritual awakening, enlightenment, the travel bug, voyage into the unknown, self-transcendence — or simply hope — whether your adventure is to travel the world, bake cupcakes or sweep streets — this is our exploration of life and the human spirit.

How long before the Earth runs out of oxygen?

Have you ever wondered how much breathable air is on Earth? And if we will ever run out? Our atmosphere is paper-thin relative to a basketball, and we use its oxygen to power internal combustion engines, like planes, trains and automobiles, and there is a 60% chance that the electricity you are using to read this post came from fossil fuels combined with oxygen.

How much oxygen do plants produce?

10 reasons why global oxygen measurements may be wrong

Ten reasons why we might be measuring oxygen in the atmosphere wrong. And how global oxygen depletion may be a hidden driver of climate change.

Toleration is the greatest gift of the mind; it requires the same effort of the brain that it takes to balance oneself on a bicycle.