Editor’s Note: It’s been about 16 years since we first featured Andy’s adventures. We’ve been long overdue for an update. So we checked in with Andy and asked him how the last 19 years of constant travel has influenced his world view on being American, especially in light of terrorism, a new development since then. Here is his response.

I think the world is about the same, the people are about the same, generally happy. Yet, the 25 super-rich countries are paranoid, and the 225 poor countries just live their lives, except for the extreme [fundamentally religious] ones.

People are good. The smartphone are really changing the planet, along with Facebook.

I am not sure how to deal with Americans anymore, after 17 years of travel, when I talk to Americans, it is annoying, so I avoid them, or talk until they start talking about the world, or politics, or all their many fears, or try to make me feel guilty about something, maybe eating French Fries, etc.

They never seem to stop telling me what I need to do, or should do, as if the are experts on everything,

I think I finally understand the European view of Americans,

Americans have all the wealth, the money, the education, the knowledge at their fingertips, that along with the power of Americans make us, as American feel as if we know the world, and can control the world. Yet, Americans as a nation are naive, the general masses are like Facebook smart.

Yet, because they read, watch, and know the news so much, they are too afraid to travel the world. This is good for me, and bad for America. I really do not need Americans around, they do not make me happy.

America is sort of the know it all, that knows nothing and is quite naive.

I think this is terrorism in many ways, they know we are naive, and can scare us easily. The use ever liberal, naive understanding against us.

Sort of like saying, all poor people are good, really silly.

Terrorists love us to help them, open the door, allow them to enter so they can abuse us. They use our good intentions and naive understanding of the world against us. Political correctness protects them.

Always fun stuff, but then again, I am not afraid of the world.

Andy Graham the Hobo traveler. Articles about budget, travel, jobs, adventure and more by Andy the hobotraveler.com. On a hobo trip around the world. Update: When we first met Andy, he was on his 4th year of hobo travels, as of 2016 Andy has been continuously exploring the world for 19 years and has written prolifically along the way. Read more of Andy's tips for Making a living while traveling or visit his website hobotraveler.com. 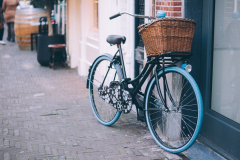 How to Prevent Bicycle Theft in 4 Steps

More and more people are now opting to ride their bikes. If you are a new rider, you may be wondering how to keep your bicycle safe. Here are four easy ways to prevent bicycle theft. 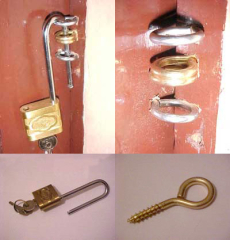 Andy’s Travel Tip The worst thing about traveling is worrying about getting robbed. I am always a little worried. I am carrying a portable computer, and a digital camera. OK, so how do I get this MONKEY off my back? I put my own padlock on the door. The one I purchased. I love when 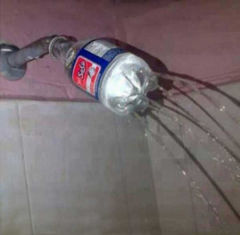 i.e. Lessons learned the hard way A few suggestions that are a step beyond the obvious. For more life-saving tips and tricks See Supplies and Resources & Advice and Travel Tips from our guests. For more bicycle touring tips and tricks, see our Frequently Asked Questions about the world bike tour. Here are my top