Alien Landscapes: How to Visit Another Planet Without Leaving Earth

As kids, we all dream of blasting off in a rocket ship headed for other worlds. Perhaps it was the romance of discovery or the desire to escape, but no matter what the cause, we all have been entranced by the idea of extraterrestrial exploration at some point in life. Our own Scott Stoll is taking real steps to achieve his alien aspirations by becoming a member of the 2025 Mars colony, but most of us — myself included — won’t get farther from Earth than our daydreams of cosmic flight when work starts piling up.

However, I have found a way to explore the wonders of the galaxy without letting my feet leave the ground. The world is incredibly vast and bizarre, and I love finding places that make me feel transported to other planets. Here are my favorite other-worldly destinations as well as a few I’m looking forward to in future travels.

While the thought of South America often conjures up images of rich, dense rainforest, the truth is that South America is as ecologically diverse as any other continent. The biggest evidence for this is the Atacama Desert, which stretches from southern Peru to Northern Chile and directly contradicts any biases of South America as wet and humid.

The Atacama is known as an absolute desert, which means it contains many stretches that have never (never!) seen rainfall during the human record. Bone-dry and full of reddish sand dunes, the Atacama looks exactly like scenery captured by Mars rovers. In fact, NASA often uses the desert as a test site for explorations. Perhaps Scott should camp out here before absolutely committing to his Mars journey.

The McMurdo Dry Valleys represent another desert landscape, though these have temperatures more similar to Pluto than Mars. This region is the largest ice-free area in Antarctica, and without the pristine white snow of the surrounding landscape, the black sand and boulders of the Dry Valleys look incredibly bleak.

Though I haven’t ventured as far as the Dry Valleys, I can attest that Antarctica as a whole looks utterly foreign. I was fortunate to journey to the continent a few years ago, and I was able to see the icy landscape during a helicopter ride. The giant, unending stretches of ice with not a settlement in sight make up the perfect setting for a Lovecraftian horror story of alien lifeforms.

The massive island continent of Australia was separated from the rest of the world for millions of years, allowing its scenery and life to change in surprising and unique ways. Though there are many places in Australia perfectly suited to adventure travel, my favorite is the Pinnacles in Nambung National Park. Walking on the soft, yellow sand dunes around thousands of weathered rocky projections, I felt just like Captain Kirk stranded on an alien planet, waiting for rescue by the U.S.S. Enterprise.

Sinkholes are terrifying and confusing phenomena, but they can create marvelous and fascinating geological sites perfect for exploration. Inarguably the most interesting sinkhole in the world, the Great Blue Hole, lies off the coast of Belize, where it offers some of the best scuba diving in the world, as extolled by Jacques Cousteau.

Though I am not yet one for deep-sea adventures, the Great Blue Hole is just begging to be explored. Near the center of Lighthouse Reef and a significant part of the Belize Barrier Reef System, this sinkhole is the epitome of alien scenery on Earth, as so much of the oceans have yet to be fully studied.

If humans ever discover a planet lush with life, I imagine it will look something like the isolated island of Socotra near Yemen in the Middle East. Filled with all types of terrain, from dense forest to dry sand dunes to mountains spotted with karstic caves, Socotra has earned the popular moniker “most alien-looking place on Earth.”

While the geography is certainly transporting to other worlds, what felt the most foreign to me was the island’s distinctive and mesmerizing flora. More than a third of the life on Socotra isn’t found anywhere else on Earth — due to the island’s long isolation from the mainland. The short, globular trees, though pretty, are off-putting and otherworldly in their dimensions and location around the dry, flat landscape, and the sparse animal life, though identifiable, is startling in such a quiet, seemingly deserted place.

Despite what we see and read in science fiction, interplanetary travel for leisure is probably quite a long ways off. However, with the power of imagination and the magic of air travel, anyone can be transported to an alien landscape. 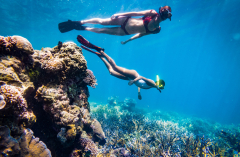 My Reasons to Go Diving in Komodo Island

Komodo Island is recognized as one of the world’s best diving spots in the world. Its aquatic features and scenery is a wonder to behold. 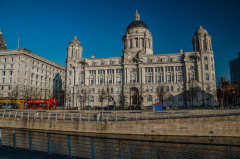 Best Places to Explore in Liverpool

Liverpool is a beautiful city with countless attractions, restaurants and bars to explore.

Treacherous conditions at Laguna de Los Tres in Patagonia force two hikers to turn back but that doesn’t stop them from enjoying an unforgettable experience.