How to ride a bicycle around the world?

For more information how to plan a bike tour around the world see:

How does one define bicycling around the world? Well, you wouldn’t get very far trying to bicycle around the equator since it is mostly water. However, you could try lugging your bicycle to the North or South Pole, once there you could finish the trip in minutes. Or, you could even join the astronauts as they pedal a stationary bicycle while their ship orbits the earth every 90 minutes. Maybe a more practical definition involves bicycling every continent or every country. As it turns out, these aren’t practical options. For instance, the definition between continent, continental plate and island are not clearly defined; while zigzagging between the invisible and often disputed political borders seems silly. I define bicycling around the world as cycling the circumference of the earth (40,077 KM [24,855.34 miles] as measured around the equator) without treading the same ground twice (otherwise I could have stayed in San Francisco and bicycled circles around the donut shops and pubs) and visiting as many cultures and phenomena as practical. As you can see from the map my route consists of a compromise between all the above considerations while avoiding prevailing headwinds, rainy seasons, war zones, health emergencies and cold weather. All the while, I constantly pushed forward, never counting the same kilometer twice.

Where did you go?

As an example of how to ride a bicycle around the world, the red line above is where I rode my bicycle (41,144 KM). Although I did cycle all of North America in a continuous line, I am not a “purist”. There are too many places that are just too ugly, unfriendly and dangerous for cycling. So, to complete my circumnavigation, I connected the dots and lines with either an airplane, train, bus, truck or ferry. See the complete list below.

What countries did you visit?

Note: Some countries listed are given the benefit of the doubt, such as Tibet.

* Countries visited by train due to time, weather and visa constraints.

In the United States, some Native American lands are still honored as sovereign nations. I visited quite a few, including:

Countries that I visited but didn’t leave the airport. Many people don’t count these, but I spent such a long time in these airports and saw the cities landing and taking off that my experience was culturally significant to me:

Countries that I saw from their neighbors. Okay this stuff probably doesn’t count, but it was with my own eyes!:

Countries since my big trip (breaking out of my box again) 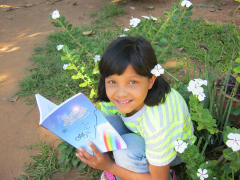 Falling Uphill in Paraguay with the Peace Corps

Scott Stoll is an author from my hometown who served as the U.S. Embassy’s cultural ambassador in Argentina during the 2011-2012 school year. His time in Argentina and collaboration with Argentine schools resulted in a Spanish language version of his book, Falling Uphill: The Secret of Life, about his 4 year journey around the world on his bicycle.

Scott circumnavigates North America on a bicycle towing a trailer of books. Unexpected Success! Update 02-2015: Though I stopped traveling by bicycle, the book tour 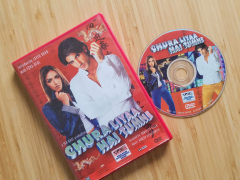 My Bollywood debut as a backup dancer

My debut video as a backup dancer in a Bollywood blockbuster movie. This is the catchy song “Mohabbat Hai Mirchi” from the movie “Chura Liyaa Hai Tumne.”